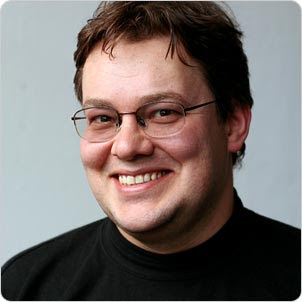 eam acted like a startup. And I think it is marvelous that Google Corporate nurtured that team and incubated Google Wave. But one persistent question will remain. At what point does Google become a Microsoft, an IBM, still big but no longer on the bleeding edge? One way to know Google has become big and old is that people with the newest and boldest ideas start leaving. I don't think that has happened to Google yet, but you can see some early signs.

Engineering leader Kevin Marks leaves Google for the social web VentureBeat
A Social Force Departs Google Washington Post
Social networking advocate Marks departs Google Brand Republic
Google social-tech evangelist leaving company CNET News
Google's OpenSocial Evangelist Leaves Google GigaOm Kevin Marks, one of the leading voices on Google-backed OpenSocial and Friend Connect, has left the Mountain View, Calif.-based search engine, he announced on his blog. ..... Google might have lost one of its most visible evangelists ...... Kevin, who in the past worked at Technorati, is one of the smartest guys I have met ....... I wonder if it has something to do with Google’s inability to totally grok the social web. ;-) OpenSocial was launched with much fanfare but seems to be lagging behind Facebook and its Facebook Connect effort.
A Social Force Departs Google TechCrunch Marks says he is working on a bunch of things “related to the social Web” and “activity streams” ...... Asked why he is leaving Google, he responds that his work is pretty much completed: “Over the last two years, we have built out the infrastructure for the social Web. Now it is time to build things on that infrastructure.” ..... is ready to work in a smaller company ..... The action, anyway, is moving to real time activity streams and Marks now seems to be pointed in that direction.
Farewell to Google My first taste of Google was to work on orkut, before starting the project now known as Google Profiles ....... Realising that Google had thousands of engineers, but very few comfortable speaking in public, I became a Developer Advocate, working to bridge external and internal developers, explaining the Social web to Google and OpenSocial and more to the wider web community. ......... build social infrastructure to make the web more social. ...... I'll be coding, writing and speaking on the social web via several new projects ..... If you want to get hold of me, I'm kevinmarks on most social networks, domains and of course Twitter. Or just google me.