How Hillary Clinton Is Going to Win Today
Clinton has made a strategic choice to invest significantly in organizing. Finding, onboarding, training, deploying and managing this talent puts any organization under extreme stress, and the Clinton campaign has mastered it flawlessly. The Clinton campaign has deliberately and painstakingly built a grassroots juggernaut that is executing exactly the way it should in these closing days.
Finally, the “Obama Coalition” is quickly evolving into the Clinton coalition. Clinton’s pathway is built on the same foundation of women, young people, African Americans and Latinos but with even stronger support and turnout by those critical groups of voters. I know this coalition well—I ran these programs for President Obama in 2012, and what the Clinton campaign has done to engage these groups is nothing short of breathtaking.
Clinton may very well win women of every age group, ethnicity and educational level—unprecedented in modern campaigns.
When I ran Clinton’s primary in California against Bernie Sanders, I vividly remember the public polling shrinking by the minute as we neared Election Day. However, I knew that if we kept our eye on the prize and deployed the grassroots machine that we developed to turn out our supporters, we would win and we would win big. That’s what we did. Much like then, this campaign is doing everything it needs to in its final days. In the postscript of this election cycle, I hope the analysts and pundits recognize this campaign for what it truly is—a historic achievement of grassroots mobilization in a time of unparalleled political polarization.

Hillary Is Winning, Do Not Fear

NBC's Final Battleground Map Shows Clinton With a Significant Lead
In our final battleground map of the 2016 presidential race, Hillary Clinton holds a substantial lead over Donald Trump with one day before Election Day. Clinton has 274 electoral votes in her column -- which is unchanged from last week, and which also is more than the 270 needed to win the presidency. Trump, meanwhile, is at 170 electoral votes, down from 180 last week. And we have 94 electoral votes in the Tossup column.

Barack Obama's frantic final campaign
"Apparently his campaign has taken away his Twitter," Obama scoffed, issuing an attack line on Donald Trump that would barely have made sense during his first stop there eight years earlier. "They had so little confidence in his self-control they said we're just going to take away your Twitter. If somebody can't handle a Twitter account, they can't handle the nuclear codes."
On most days last week Obama woke up at the White House with his schedule virtually cleared. Leaving around midday and returning late in the evening, he spent his downtime tossing a baseball around the Rose Garden with aides and tweaking his stump speech in the Oval Office.
In seemingly every spare moment, he's dialed African-American radio hosts across the swing states, chatting loosely backstage at his rallies and aboard Air Force One about his favorite hip-hop artists (Kendrick Lamar, Chance the Rapper)
A loss, however, has become a nightmare scenario. Obama's vision of the US is so at odds with Donald Trump's he told a crowd of 16,000 college students in Chapel Hill the "fate of the world is teetering."
"Anybody who is upset about a 'Saturday Night Live' skit, you don't want in charge of nuclear weapons," Obama taunted in Miami on Thursday, only to pierce the anger with yet another exasperated "C'mon man!"


Deep divisions within the Republican Party that Trump has helped stoke are revealed in a question on what the GOP should do if Trump fails to win the presidency.
Among Republicans and independents who lean that way, the largest share, 37 percent, say the party should start from scratch, rename itself, and reinvent what it stands for


The technology industry has entered the field of medicine and aims to eliminate disease itself. It may well succeed because of a convergence of exponentially advancing technologies, such as computing, artificial intelligence, sensors, and genomic sequencing. We’re going to see more medical advances in the next decade than happened in the past century.

Abundance, Round The Corner


In the 1800s, aluminum was more valuable than silver and gold because it was rarer. So when Napoleon III entertained the King of Siam, the king and his guests were honored by being given aluminum utensils, while the rest of the dinner party ate with gold.
But aluminum is not really rare.
In fact, aluminum is the third most abundant element in the Earth’s crust, making up 8.3% of the weight of our planet. But it wasn’t until chemists Charles Martin Hall and Paul Héroult discovered how to use electrolysis to cheaply separate aluminum from surrounding materials that the element became suddenly abundant.
The problems keeping us from achieving a world where everyone’s basic needs are met may seem like resource problems — when in reality, many are accessibility problems.
Think about all the things that computers and the internet made abundant that were previously far less accessible because of cost or availability …
Less than two decades ago, when someone reached a certain level of economic stability, they could spend somewhere around $10K on stereos, cameras, entertainment systems, etc — today, we have all that equipment in the palm of our hand.
When put to the right use, emerging technologies like artificial intelligence,robotics, digital manufacturing, nano-materials and digital biology make it possible for us to drastically raise the standard of living for every person on the planet. 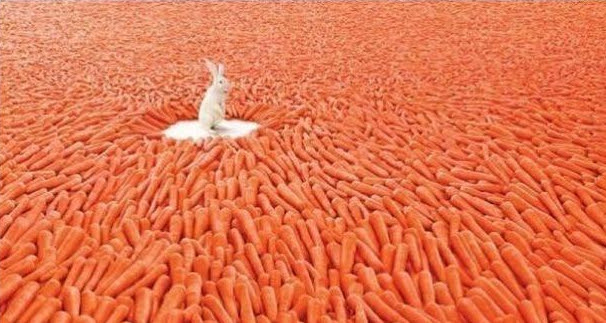