It is misleading to try and take the eye level reality to the subatomic. At the subatomic we enter the boundaries of matter-energy duality. It is not surprising that along those borders particles behave both as matter and energy. It is like melting ice becomes both ice and water. Evaporating water becomes both water and steam. You are on the borderline.

Just like there is no mitochondria at the atomic level, because the mitochondria is a cellular level reality, there are no alternate universes. You can not extrapolate from the subatomic to the eye level reality and say, in another universe I am not drinking coffee right now, because that is another choice I could have made. That alternate universe does not exist. I don't think so.

Just like the naked eye only sees a narrow part of the electromagnetic spectrum, I feel like our current tools only see a narrow spectrum of what is the subatomic reality. And what we can't "see" is dark matter. Just like the speed of light is a limit of sorts. Maybe the dark matter is not only stuff we don't know, don't see, it is maybe unknowable, unseeable. We are boxed into a narrow space. We know you are out there, but we will never know you.

Some Things Travel Faster Than Light Spooky alignment of quasars across billions of light-years


the rotation axes of the central supermassive black holes in a sample of quasars are parallel to each other. .... alignments of the largest structures ever discovered in the universe. ... the rotation axes of these quasars tend to be aligned with the vast structures in the cosmic web in which they reside. ..... Quasars are very active supermassive black holes at the nuclei of galaxies. These black holes are surrounded by spinning disks of extremely hot material that is often spewed out in long jets along their axes of rotation. Quasars can shine more brightly than all the stars in the rest of their host galaxies put together. ...... 93 quasars that were known to form huge groupings spread over billions of light-years, seen at a time when the universe was about one-third of its current age. ..... a cosmic web of filaments and clumps around huge voids where galaxies are scarce. This intriguing and beautiful arrangement of material is known as large-scale structure. ...... if the quasars are in a long filament, then the spins of the central black holes will point along the filament. ..... a hint that there is a missing ingredient in our current models of the cosmos

Stephen Hawking Interviewed By A Comedian

He is the closest thing to Einstein we have!
at November 20, 2014 No comments:

I have brushed against Sameer Maskey at a few events, and he might even know me by name - the New York City Nepali community is small like that, especially since we seem to have a bunch of mutual friends - but there is no mistaking the guy. When you mention "tech startup" to any professional Nepali in the city, they inevitably drop the Sameer Maskey name. I am int the process of going to meet him, hopefully some time next week. I thought I might as well read up on the guy.


It’s not every day that someone claims they have the future in their hands, but Dr Sameer Maskey says just that. .... Straight after graduating from school in Nepal, Maskey left for the United States in 1999 where he was to complete his undergraduate, masters, and finally a PhD degree from Columbia University, New York in 2008..... After years of studying and working abroad, the 33-year-old researcher wanted to start a project that could benefit his home country. In 2013, Maskey opened a company called Fuse Machines that would produce, market, and sell conversation systems. ....... The software he is currently developing allows people to text or web-chat a company with a query or complaint and the system will respond with an answer or solution straight away. ....... In laymen’s term, data analysts from Fuse Machines and analysts from their respective clients exchange information based on what kind of services and complaints individual consumers demand of them. This data is catalogued in the system, so when a customer asks a question from within this inventory in any language, the software is able to give the answer. If a consumer asks a question the system does not have the answer to, within 24 hours with the help of an analyst, it will find the solution and retain the answer for next time. ...... Fuse Machines already has an array of e-commerce clients in the US and Maskey says in the coming months a lot of firms based in Nepal will also be using the software. ..... In a country where the most successful companies do not have adequate face-to-face customer service centres, Maskey is hopeful that his conversation systems based on web chats and artificial intelligence will take off and improve the way organisations handle queries and complaints. “Once in a while technology does leapfrog in Nepal, here’s hoping this is one of those times,” says the professor.


His course is designed to bring MBA students and Computer Science students in the same classroom with the aim of bridging the gap between Computer Science and Business management. Case in point: the booming industry of startups that has taken the western world by storm. ...... Dr. Sameer shares his experiences and views regarding the issue of choosing off beat careers and choosing to become more than a doctor, scientist or business man. Here’s an insight from a man who dared to break the convention and succeeded. ...... What it does is it understands what you said, processes it and converts it into text and speaks back to you. ...... Siri is a voice based application which instigates a lot of errors. Our program is focused on a text to text dialogue which has fewer errors. ...... Imagine calling any company in the world and talking to a machine or robot for customer service which answers all your queries as well as a human. If machines can replace the human function, it increases efficiency and that manpower can be better utilized. ..... I studied at St. Xaviers .... After high school, I enrolled into Army College in Bhaktapur where it wasn’t really common for students to apply for SATs or even apply to study abroad as a whole. In army school you aimed to go into the army. .... I applied to a bunch of colleges where I got a number of full scholarships and chose to study in Bates

Looks to me like this guy wants to be the world's Call Center.

The Nexus phone was a breath of fresh air. But I thought the OnePlus One did challenge the Nexus brand. Now I think Google's modular phone is a major challenge to the OnePlus One, and other smartphones in general. My current phone is still Nexus 4. I wish I could get a battery that lasted twice as long, and I wish I could replace my 5 MP camera with a 10 or 13 or 15 MP camera. But other than that, I am quite happy with my phone. And the modular phone is supposed to allow you just such upgrades. You don't ditch the whole phone. You just upgrade a part you want to upgrade. I like that. And I love the price point. $50. Finally a smartphone for the global masses. And, yes, I also want 64 GB. My 8 GB has felt inadequate as soon as I got my phone! 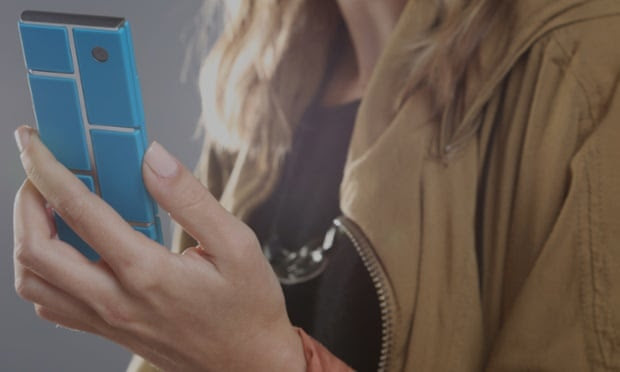 Einstein In An Infographic

Bitcoin Based Global Money Transfers At Near Zero Rates

This would be a strong anti-poverty tool.
at November 13, 2014 No comments:

iPhone 6 Plus Vs OnePlus One

Source: TechnoBuffalo
at November 13, 2014 No comments:

Email ThisBlogThis!Share to TwitterShare to FacebookShare to Pinterest
Labels: iPhone 6 Plus, oneplus one

Who could have thought!


Hidden under your feet is an information superhighway that allows plants to communicate and help each other out. It’s made of fungi ........ That tree in your garden is probably hooked up to a bush several metres away, thanks to mycelia. ..... They aren't just sitting there quietly growing. By linking to the fungal network they can help out their neighbours by sharing nutrients and information – or sabotage unwelcome plants by spreading toxic chemicals through the network. This "wood wide web", it turns out, even has its own version of cybercrime. ..... Simply plugging in to mycelial networks makes plants more resistant to disease. ..... mycorrhizae also connect plants that may be widely separated. ..... similarities between mycelia and ARPANET, the US Department of Defense's early version of the internet. ..... James Cameron's 2009 blockbuster Avatar. On the forest moon where the movie takes place, all the organisms are connected. They can communicate and collectively manage resources, thanks to "some kind of electrochemical communication between the roots of trees". ..... large trees help out small, younger ones using the fungal internet. .... when plants are attached by harmful fungi, they release chemical signals into the mycelia that warn their neighbours. ..... broad beans also use fungal networks to pick up on impending threats – in this case, hungry aphids. ...... plants' fungal connections mean they are never truly alone, and that malevolent neighbours can harm them. ...... some plants steal from each other using the internet. There are plants that don't have chlorophyll ..... plant cybercrime can be much more sinister than a bit of petty theft. ...... spotted knapweed, slender wild oat and soft brome can all change the fungal make-up of soils. According to Morris, this might allow them to better target rival species with toxic chemicals, by favouring the growth of fungi to which they can both connect. ...... The wood wide web

Time travel is easier than you think


The crux of all of the methods is that space and time are actually one big thing called space-time, meaning you can manipulate your position in time by changing how you move through space. The speed you are traveling and your distance from the earth both affect how fast you travel through time: If you stand up, for example, your feet age 10 femtoseconds less than your head. And then there are wormholes and infinitely large spinning cylinders.

Email ThisBlogThis!Share to TwitterShare to FacebookShare to Pinterest
Labels: Yoga

Gaming Has Been Bigger Than Movies A While Now 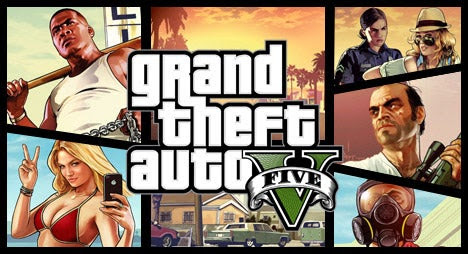 
the game-industry .. business grew more than 9 percent annually from 2009 to 2012. That rate more than quadrupled the wider U.S. economy, which spent those years stuck around a mediocre 2 percent growth. ..... games contribute more than $6.2 billion to the American economy in 2012. ..... Annual job growth for gaming from 2009 to 2012 outpaced the rest of the economy 13-fold. Gaming averaged 9 percent while the rest of the labor markets only grew jobs by less than a percent. ..... ESA’s study found that 42,000 people work directly for the game industry throughout 36 states. If you widen the focus and look at people directly and indirectly employed due to gaming, that number grows to 146,000 individuals. The average salary for industry employees is $95,000, and direct compensation averaged more than $4 billion over the three-year period