I believe the anti-trust angst is valid. The big tech companies do seem to be stifling competition with their sheer size. The Google argument that their competition is just one click away belies the fact that search is a hugely capital intensive effort. It is more expensive to build a search engine than it is to build a Boeing jet plane. That huge cost is a moat around the Google castle. The same is true for the other big tech companies.
But the lack of competition is not true only in tech. Their size makes it obvious but the US economy has a major lack of competition problem in many sectors.
I do think many next big companies are dying too early in the presence of these big tech companies.
But anti-trust is the smaller of my concerns.
Saudi Arabia had oil, but it was undiscovered and it was underground. Western companies swooped in to dig it out. Those companies did not and do not get to take all of the oil money. Data is the new oil. But individual consumers are not getting any pay. There ought to be a 70-30 split. The individual should get 70% and the company that harvests and monetizes the data should keep 30%, which would still be a lot. Especially since the oil wells are about to get huge.
This has to be established as a right. Taking that political step will necessarily bring up legitimate issues of data privacy and security. And in favor of innovation, we could put a floor underneath the arrangement. Small companies would not have to pay. Only after you cross a certain size you pay up.
This would have to be a global understanding. This means the tech companies have an obligation to together offer up the digital equivalent of a Social Security number and online bank accounts to all their users. They can.
Something is amiss. The US Congress does not have jurisdiction over the planet. What we need is a global parliament.
Makes me wonder, though, why is Microsoft missing? Does Congress feel like it already grilled Microsoft back in the days!?
The UBI is infrastructure for the global knowledge economy and is in the best interests of these tech companies. They should bring it about. 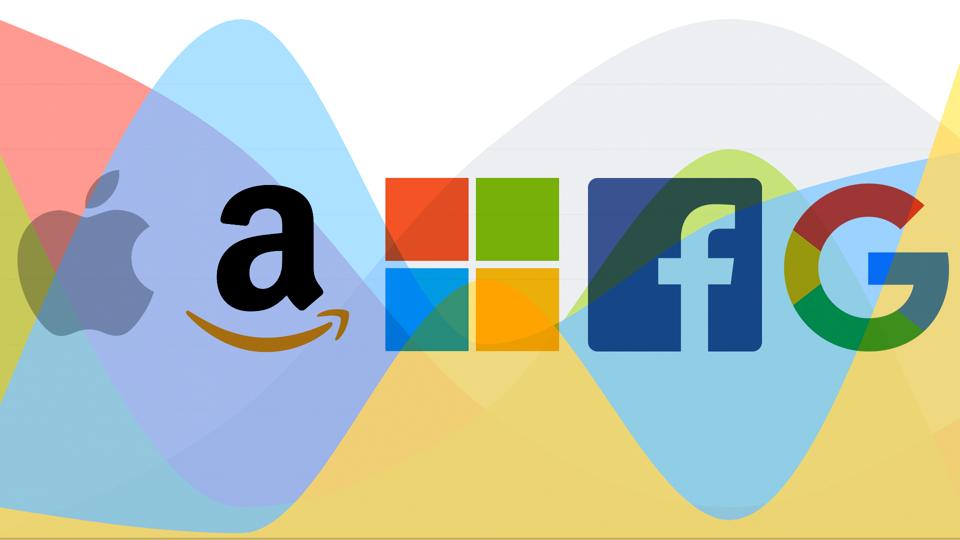 The leaders of the four Big Tech companies faced US lawmakers for the first time together on Wednesday in a hearing in which they were accused of harming not only competitors, but also consumers. Here's how it went: https://t.co/pdmassrDlk