I learned today that FlipKart is owned 80% by investors. That is a sad state of affairs. Investors should have the discipline to not own 35-40% of a tech startup, otherwise you are killing the hen that lays the golden egg. It is racism to think Indian tech startup founders can get by with little ownership because, well, they are Indian and they are in India.

I wish FlipKart all the best, but I can't see how a tech startup that is so weak at its foundation can be a trailblazer. It has been set to fall, if not now then later. The ownership structure is bull.

Rahul Yadav is another story that caught my attention months ago. The Indian media made it look like the guy sent out one wrong, arrogant email and that is why. That is missing the point. He had all the inklings of a tech startup founder. But the ownership structure there also was all messed up. And I gather Housing.com has bombed since. The hen got killed.

If FlipKart is owned 80% by investors, I am not sure it is the Indian Alibaba.

A company owned 80% by investors, when it goes for its next round of funding, the investors will make the call. The founder CEO will not be at the negotiating table. That should never happen. An irrelevant founder CEO is not a founder CEO but an employee.

What are the greatest historical angel investment returns?


Jeff Bezos also invested $250,000 in the first angel round in Google and that at today's prices his shares would be worth $1.6 billion. ...... In the hottest angel investment country in the World, the US, last year had some 227,000 angels and pumped $23 billion into start-ups, up 3% from 2004 ..... In 1996 there were only about ten angel groups in the U.S.; today there are more than 200. ....... the 1878 Paris Exhibition, a few highly prominent chaps by the name of J.P.Morgan and Spencer Trask decided to back a crazy idea called “electricity” that was being pitched by none other than Thomas Edison. ....... Back in 1994, there was a guy in the US selling books from his garage via the internet. 12 angels later and Amazon.com was born, 2005 sales were over $5 billion! ......... The second most famous angel investment in recent years (number one to come shortly) was probably the $100,000 check that Sun Microsystems co-founder Andy Bechtolsheim made out to Google after watching Larry Page and Sergey Brin demonstrate their search-engine software. The check was uncashable at first, as a legal entity, Google didn’t exist yet, but once the company’s incorporation papers were completed and filed, the money enabled Page and Brin to move out of their dorm rooms and into the marketplace. ............ even the likes of Apple, Kinko’s and Starbucks all got their starts with the help of angel investors, as did current rising stars such as Digg, LinkedIn, and Simply Hired. ........ Larry and Sergey .. Afflicted by the perennial shortage of cash common to graduate students everywhere, the pair took to haunting the department’s loading docks in hopes of tracking down newly arrived computers that they could borrow for their network. ....... Larry and Sergey continued working to perfect their technology through the first half of 1998. Following a path that would become a key tenet of the Google way, they bought a terabyte of disks at bargain prices and built their own computer housings in Larry’s dorm room, which became Google’s first data center. Meanwhile Sergey set up a business office, and the two began calling on potential partners who might want to license a search technology better than any then available. Despite the dotcom fever of the day, they had little interest in building a company of their own around the technology they had developed........ One portal CEO told them, “As long as we’re 80 percent as good as our competitors, that’s good enough. Our users don’t really care about search.” ......

Unable to interest the major portal players of the day, Larry and Sergey decided to make a go of it on their own. All they needed was a little cash to move out of the dorm — and to pay off the credit cards they had maxed out buying a terabyte of memory. So they wrote up a business plan, put their Ph.D. plans on hold, and went looking for an angel investor. Their first visit was with a friend of a faculty member.

.......... Andy Bechtolsheim, one of the founders of Sun Microsystems, was used to taking the long view. One look at their demo and he knew Google had potential — a lot of potential. But though his interest had been piqued, he was pressed for time. As Sergey tells it, “We met him very early one morning on the porch of a Stanford faculty member’s home in Palo Alto. We gave him a quick demo. He had to run off somewhere, so he said, ‘Instead of us discussing all the details, why don’t I just write you a check?’ It was made out to Google Inc. and was for $100,000.” ......... Since there was no legal entity known as “Google Inc.,” there was no way to deposit the check. It sat in Larry’s desk drawer for a couple of weeks while he and Sergey scrambled to set up a corporation and locate other funders among family, friends, and acquaintances. Ultimately they brought in a total initial investment of almost $1 million. ......... That December, PC Magazine named Google one of its Top 100 Web Sites and Search Engines for 1998. Google was moving up in the world. ......... Google’s appearance on Time magazine’s Top Ten Best Cybertech list for 1999.

Angel Investors: How The Rich Invest


There are currently between 5-7.2 million people in the United States who are accepted as accredited investors. This group of people, which represents as little as 1% of the U.S. population, is made up of wealthy individuals that make $200,000 or more in base salary every year, or maintain a net worth of over $1,000,000. ........ there are currently 756,000 angel investors in the U.S. who have made an angel investment or participated in a friends and family round of financing. ...... the New York Angels require every member to invest at least $50,000 during a 12-month period. ...... during the past 17 years, startups were accountable for creating 65% of the net new jobs. ...... Angel investing is becoming the new venture capital. 50,000 companies were started by seed capital last year while venture capital firms financed only 600.

The origins of angel investing


Since the late 1980s, a growing pool of individuals with moderate wealth have been adding early stage investments to their portfolio. Regardless of whether they are the orthodontist, the real estate flipper, or the middle manager at Boeing or Microsoft, the number of these private investors with truly moderate wealth have been investing in the local economy for over three decades and we are seeing a shift in who is allocating capital from the venture capitalists to the individual investors at the early stage. Many micro VCs or investment partnerships are being built as well as steady growth within the existing network of angel groups. These individuals who used to be lovingly referred to as "Aunt Agatha" and "The rich Uncle" have transcended those nametags and are now providing enough capital for startups to truly get off the ground. ....... during the time-span 1979 to 1995, Fortune 500 companies lost more than four million jobs, yet 24 million jobs were created in the entrepreneurial economy. During that time new business creation rose 200 percent (in comparison with a 17 percent population growth). That is an incredible rise in the affect entrepreneurs have on our economy and it hasn't slowed down since that time frame. .......

in 1874 Alexander Graham Bell used angel money to found Bell Telephone. In 1903 Henry Ford used a $40k investment from five angel investors to launch Ford Motors. In 1977 Apple accepted $91k from a single angel investor to grow. Heck even the Golden Gate Bridge was financed by the angel investor A. P. Giannini after the architect spent 19 years searching for funding.

The Power Couple of the New York Tech Scene


The two entrepreneurs, who celebrated their second wedding anniversary in October and are expecting their first child in May, have a uniquely modern marriage. In addition to their cozy home life and shared passion for active sports, Ms. Crowley is a client of her husband’s, using Foursquare’s location-tracking technology to market her company. ...... The Crowleys also cut a dash in New York’s tech-social scene, where the most influential people in the room are more likely to be wearing performance fleece than designer suits. ..... Geek mystique gets the Crowleys invited to A-list parties, including the recent James Bond premiere at the Ziegfeld Theater, where they posted an Instagram photo of themselves in black tie. Gossip-column sightings have also placed the Crowleys at events alongside new-media luminaries like Arianna Huffington, the Yahoo chief executive Marissa Mayer and the Hollywood star (and tech gadfly) Ashton Kutcher. ..... “We talk a lot online,” Mr. Crowley said of the couple’s daily interactions. “The pillow talk, so to speak, is more over instant messenger.” ..... “And how we’ve coexisted is, he does this really sweet thing,” she said, “which is, he’ll ask me, ‘Do you want my advice, or do you want me to just listen?’ Because, if I say, ‘I’d love your advice,’ then I’ve asked for it, and I can’t argue.” .... when their baby comes. .... Her husband added, “I can’t imagine it’s any harder than start-up stuff.” 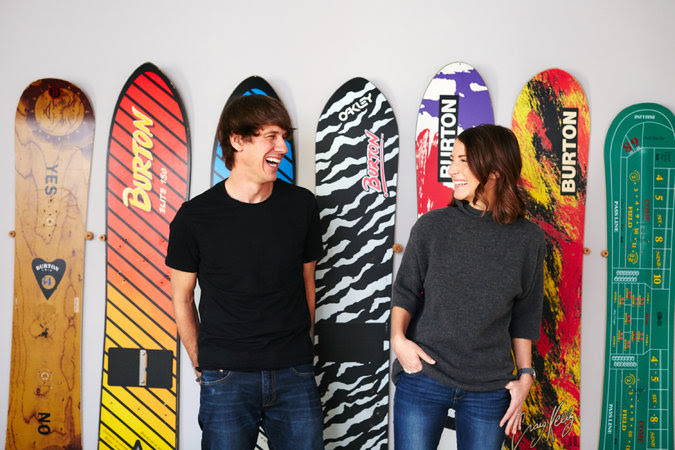 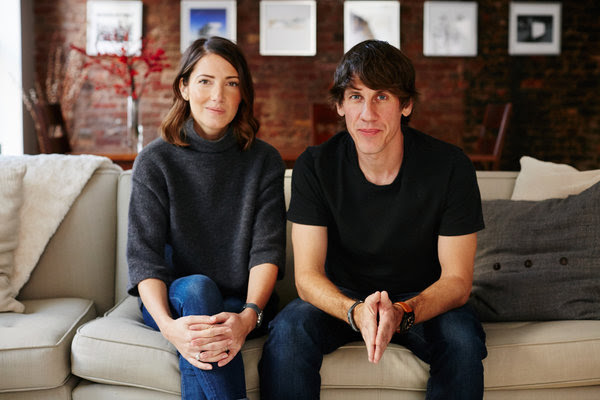 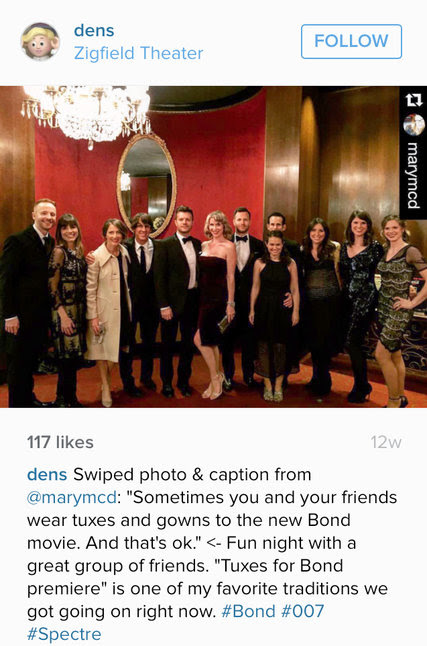 Android phones should machine record all talk on all Android phones all over the world and feed all that to AI, so as to later enable voice search in all languages. Literacy is over rated. What if all knowledge could be translated into every human language? And not just in writing but orally. Literacy is primitive tech. I like it, but it should not be the gatekeeper it is. You should be able to access all knowledge orally. Too many human brains are going to waste right now. Human beings should not have to do robot work. Planting rice is robot work. And Android phones should be solar and drone powered. The drones give you the Internet access and solar gives you energy. There is no wire in sight. If everybody is armed with a phone, we could provide police service to every human being at a much lower cost. Much, much lower cost. 911 would be an app on your phone. Your phone knows who you are, and where you are. We should build a world government, and get every human being to directly vote. You vote on your phone, you have a biometric ID. You press your thumb during the vote week, and you vote through the vote app. Barack Obama should run for President Of The World. POW-WOW. Everyone should have ready credit on your phone. You graduate high school, you get credit. The credit shows up on your phone. Google sends "checks" to your phone for all the data it collects on you, from which it makes money. And there is a Universal Basic Income. Food comes from Iowa. Iowa and the Caribbean, and Bihar. 911 is number one. Education. Voting. Credit. And you unleash unprecedented creativity.

Would it not be great? To have a directly elected President Of The World? Black lives matter, and every vote counts.