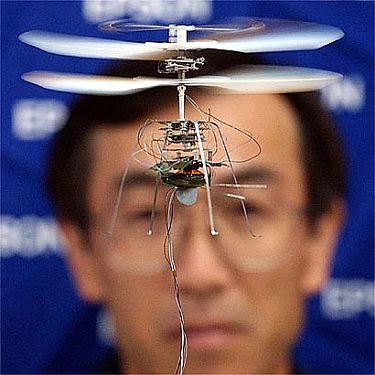 Google has had a blog search for a while now. But it has stayed away from Twitter search for too long. I am glad finally they are doing it, because nobody else is.

About time this happened.

My expectations have been low. I want to be able to find everything I ever tweeted. Is that too much to ask? Has been for the native Twitter search engine.

From The Netizen BlogRoll

Obama To Iran's Leaders: Stop 'Unjust' Actions
Iran Election Crisis: 10 Incredible YouTube Videos
AOL’s PoliticsDaily Quickly Surpasses Rival Politico, MediaGlow Sites Continue To Grow after being launched only a month and a half ago ..... received 2.4 million unique visitors compared to 1.1 million unique visitors on Politico.com in May. ......... primarily focuses on in-depth political commentary as opposed to breaking news, provides only original content, from long-form analysis to blog posts on issues in the U.S. political landscape ......... the MediaGlow team is looking to pick up the remnants of the dying print magazine business and digitize this content ......... The Huffington Post saw 5.3 million unique visits in May ...... HuffPo’s a content aggregator
Not Only Was Steve Jobs Sick, He Had A Liver Transplant Jobs has long been thought to be perhaps more important to his company than any single figure is to their’s. But his time away has seemingly proven otherwise
Flip Has Little Chance In An iPhone World The video capable iPhone ........ Along the way Pure Digital fought ridicule from the big video camera companies, who said nobody would want the device. Then, once Pure Digital proved the market, all those competitors jumped in with their own offerings. There are now many devices with similar tech specs as the Flip, but Pure Digital has managed to stay ahead of them all by innovating faster. ......... the iPhone has something that the Flip will never realistically have, cellular and wifi connectivity that lets you upload your videos immediately. .......... You can do basic editing right on the iPhone, and publish it to YouTube immediately. As an added bonus, that video can be geo-stamped via the phone’s GPS capability. ......... iPhone users will be able to stream video in real time from their phones to the Internet. ........ within a couple of years video will be as ubiquitous on those phones as photos are today
Google Flipper Is About To Jump Out Of The Water
Don’t be surprised if Amazon has to raise the price of Kindle books
AdSense: The (Weak) Elephant in the Room AdSense is 30% of Google's revenue ........ Facebook just hired the guy who masterminded AdSense
IPhone 3.0 is Coming Tomorrow: Here is What You Can Expect
Dear CNN, Please Check Twitter for News About Iran The western world's most feared government is shaking with insurrection in the streets ........ the extensive use of Twitter by Iranians in the uprising. ....... real-time, online, crowdsourced media is the best place to keep up with current events
Top 10 YouTube Videos of All Time
Dear Wanna-bes, Your Twitter Stardom is Coming to an End
Google to Launch Microblogging Search Engine? the Google Operating System blog reports that Google will be launching a new microblogging search service that will sort results by relevance and integrate those results with its own web search engine to trigger a "microblog universal search group", closely related to the way Google Blog Search works. If it turns out to be true, this is great news to those of us who constantly search Twitter for the latest news and trends.
Want to Work for the City of Bozeman, MT? Hand Over Your Social Network Logins and Passwords