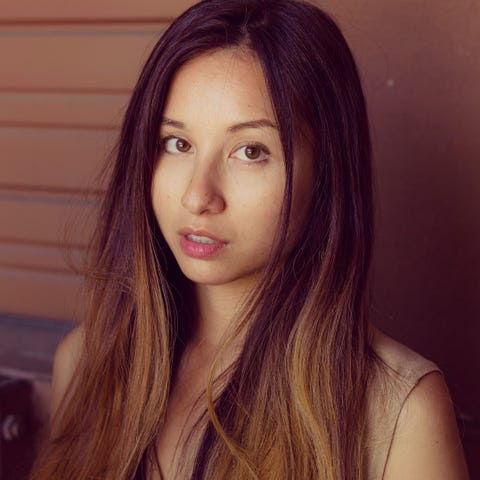 So Sergey Brin - who I like a lot for his China stand - has hooked up with the Google marketing manager who gave the world the phrase "OK Glass." His ex and he are at peace. And the self-made billionaire has found new love. He is a Russian Jew. She is a Chinese Jew. So I read. More important, I feel like he wants to be associated with Google Glass like Steve Jobs is associated with the smartphone. Although I think that is a tall task. The Glass is more like a smartwatch, it is cool, but the smartphone will continue to be the center of the mobile experience, and even the Glass and the smartwatch will hitch to the smartphone bandwagon.

I think she is pretty and funny. And I left a few positive comments on her Google Plus page. Too many people have spewed venom on the same. The crowd can quickly descend to the lowest common denominator. Here comes everybody, but do make the effort to build the close relationships so as to not get bothered by the asteroids spewing venom. This is like Sean Parker complaining in a TechCrunch post about all the venom he and his fiance had to face when they got married. In this day and age of social media, everyone with an internet connection is a pest, I mean paparazzi. Learn to ignore.

I once heard a millionaire say, he was just this normal dude, then he made a lot of money, and he tried hard to keep his old friends and acquaintances from his middle class days but too much jealousy was being spewed and so he started hanging out with other millionaires, and that venom did not exist. Maybe Sergey and Sean should hang. They both have billions and very pretty women.

That Other Other Steve


"No chance the iPhone is going to get any significant market share."
— MG Siegler (@parislemon) August 23, 2013


"You can tell which is his office at MS HQ. It's the one where they took the desktop away and hid it in a cupboard." http://t.co/syt8YUSYU9
— Charles Arthur (@charlesarthur) August 23, 2013


All joking aside, MS needs some external to come in and look objectively at their businesses and cut/expand accordingly. No more status quo.
— Paul Thurrott (@thurrott) August 23, 2013

Ingress: The Creators Of The Game Are Unimaginative About Its Use Cases

In short, I am saying the people who created the game and are still updating it every few weeks do not know. Only the players who are pushing the game's limits can know. They need to be listened to. A mindless capturing and recapturing of portals gets boring fast. How many L8 farms can you attend?

The poor portal approval mechanism is getting in the way. And the game should allow each agent so many new invites per month like clockwork. You get new portals approved to change the very map on which you are battling. And you have the levers with which to actively recruit and build a team. You do these two things and the game stays challenging. Otherwise, yawn. 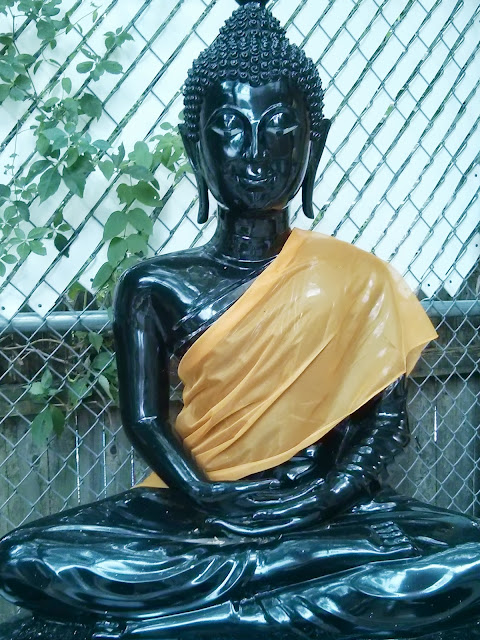 I think the next CEO can not be an outsider. For a company like Microsoft the next CEO necessarily has to come from inside, just my opinion. And the cloud and enterprise vice president Satya Nadella would be a decent choice. The next CEO has to be about the future, not the past.

Or Microsoft could pull a Yahoo, and bring in Vic Gundotra, a former Microsoft soldier. Gundotra just might bite, since Larry Page is just getting started and Vic might already have hit the glass ceiling at Google. Gundotra's Microsoft past and Google present is an amazing combination. And many would say Microsoft has also had the Yahoo problem: it is widely considered a has been company. The shine just is not there anymore.

I have had people tell me, go to California, go to Manhattan at least, this is not the place. I have been to California, and through my daily readings of news in Silicon Valley I have a pretty good feel for the culture there. Manhattan is but a short train ride away. You get on the E or F and you are in Manhattan in 10 minutes, maybe 15. There are people who work in Manhattan but live in Westchester, Long Island, New Jersey, Connecticut, Pennsylvania even.

There is something to be said to the culture of Silicon Valley. The top venture capitalist in NYC is on record saying it will take NYC decades to get where Silicon Valley is already in terms of startup culture. One generation of successful entrepreneurs provide seed funds and mentorship to the next generation of entrepreneurs, and the network keeps growing.

The first investor to put in half a million dollars in Facebook made his money for being one of the founders of PayPal: that half million became over a billion within years. The first person to put 100,000 dollars in Google made his billions for being one of the founders of Sun Microsystems: that 100,000 became over a billion in less than a decade. The guy who put his money into Twitter made his money by selling his company – Blogger – to Google: he sold Blogger for a few hundred million, his stake in Twitter is worth billions. Vinod Khosla made his money in hardware but is now a top investor in clean tech: he is the richest Indian in America. I don’t know him, but I do know someone who does.

But when I have approached local Nepalis who might have made middle class money through old economy ventures like law or medicine or the restaurant business for seed fund money for Nepal hydro, the reaction is, what’s wrong with you? Do you not have your own money? Are you so lame? That is the cultural difference between Silicon Valley and Queens.

I have met many merchants in Jackson Heights - most of them Indian, several Pakistani and Bangladeshi – to shore up interest in the idea of a virtual mall. The interest level, at least starting out, has been tepid (“Come tomorrow”) to non-existent (“We are not interested”). I have scaled back. I might have to start with an online community to go on to a virtual mall to perhaps a physical mall, a smart physical mall.

Walmart is the most successful company in the history of the world, and Sam Walton built it in the South, the poorest region of America. They are like the American Humla-Jumla. Message: do not underestimate Queens.

So what is the lure in Jackson Heights? The first one for me is that I guess you need a hometown. Jackson Heights for me is like going home without getting on the plane. It is also like being able to go to New York City, the capital city of the world, without getting on the plane. But the bigger lure is diversity: more than 50 countries are represented in Jackson Heights, the most diverse town of the most diverse borough of the most diverse city in the world. Even when I come to software and clean tech, I come from the human interaction angle. My feel for group dynamics is the number one thing I bring to the table for both, that and vision. I need the people to be there.

Jackson Heights has the largest concentration of Nepalis in the city. If you are thinking Nepal hydro, it is a good place to be. After all the idea is to marry NYC money to the fast flowing rivers of Nepal. You are trying to play matchmaker.

There are white folks to whom all Chinese look literally the same. I have met white folks to whom I look Arab. The day 9/11 happened I was in a small town in Kentucky. The locals called the cops on me! A month later I was in an office setting in Lexington, KY, in the open foyer. I overheard a guy in a cubicle talk on the phone: “There is an Arab in my office!”

But then there are seniors in my homevillage in Nepal who think the Christians belong to some kind of a fifth caste, way below the Dalits in the village. That village is not exactly progressive on gender issues. You have to maintain perspective when talking about race.