Django Unchained: Kill White Folks And Get Paid For It

That is the obvious point. Facebook search necessarily has to be social, relying on data Facebook already has. Of course.

Why Facebook's Search Engine Won't Be Anything Like Google's


By mining users’ updates about vacations, music listening interests, online habits, and more, Facebook Search could be better at answering subjective questions, about what products, experiences, and businesses you might be interested in, than a traditional search engine. ..... “Because Google is so big,” says Gerasoulis, “they have data for the long tail”—the uncommon queries for which relatively few pages are a match. .... Since 2009, the Redmond company has spent more than $5 billion on Bing ..... serves only 15 percent of U.S. searches, compared with Google’s 65 percent. .... answering queries about the things that people share and discuss on Facebook, such as vacations, movies, recipes, and more. “When you go to specific subjects, the signals Facebook and other social networks have are amazing,” says Gerasoulis. ...... Mining users’ comments could help Facebook unlock even more useful data ..... “Facebook and Twitter both have teams working on search” ..... Digging deep into social data can uncover a wealth of information and forgotten content related to things people care about ... most of it not accessible by conventional search engines. ...... “Search is about what you want right now,” says Gerasoulis. “You go to Facebook and hang out; it doesn’t currently have the same directness.”

This is tremendous news, although I don't understand why elementary and secondary education is not the primary focus of these online education disruptors.

The global implications of free online college courses are enormous.

Lifelong education for everybody everywhere with people moving at their own paces on their own schedules is the goal. The term high school dropout or college dropout is weird. Unless your internet access has been taken away by the unknown you can not drop out. It is not possible.

Beam online education to the inner cities. This disrupts the whole voucher debate in politics.


For all the attention lavished on the Web’s growth on mobile devices this year, one of the most interesting Internet trends is still best experienced on a desktop computer: online education. 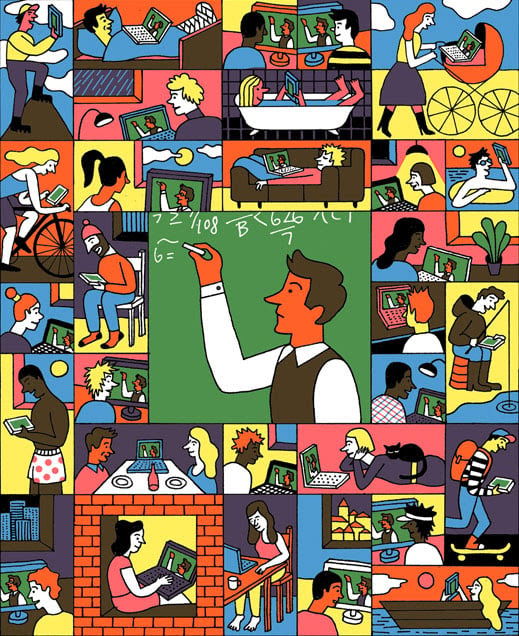 My Nexus 4 Is On The Way

My Christmas gift to me was a seven inch tablet I bought online. It arrived promptly on the 24th. Now looks like my Nexus 4 gets to me on the last day of the month. Could not have imagined a better New Year gift. I am excited.

I am already in line for a bendable phone, though.

The Smartphone In Five Years
Nexus 4: My First Smartphone
An Hour Spent On Twitter
The Seven Incher
So I Got My Seven Inch Android Tablet