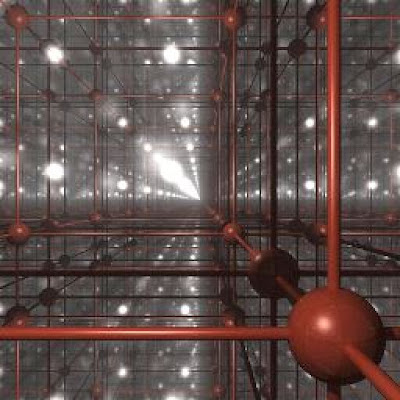 Silicon Valley VCs Don't Want Obama's Money, Think Google Is Passe CNet "The triumph of the distributed Web." ....... the aggregate power of distributed human activity will trump centralized control. ........ Google, and other search engines that analyze the Web and links, are much less useful than a (theoretical) search engine that knows not what people have linked to (as Google does), but rather what pages are open on people's browsers at the moment that people are searching ........ "All the problems of search would be solved if search relevance was ranked by what browsers were displaying" ......... the future is "federated search," in which the Web's users don't just execute search queries, they participate in building the index by the very act of searching, immediately and directly. ............you probably also want to know what's showing up on users' computers in apps other than the Web browser. ....... the value of real-time searching, as well as social-network-aware searching, will increase dramatically and quickly. .......... the United State's subsidies on ethanol, France's decision to skip the Internet in favor of the state-sponsored Minitel, and Japan's direct investment in supercomputers as it tried to spend its way out of a recession were examples of poor investments. "Government is a particularly poor judge of new technology" ....... . The millennials are here. Everything changes. The current generation of graduating college students won't remember a life offline. A deluge of unstructured data creates the next great information leaders. ("The dark matter of the enterprise is unstructured data" ........ Wireless broadband will be one of the only IT sectors to see increased funding this year and in the future......... Maintech, not Cleantech ....... Health care administration will be the fastest-growing sector. ......Consumption of digital goods on mobile devices is the growth story of the coming decade. ....... Electronic displays will prove the hottest investment in hardware this year and next. ..... The rumors of the demise of the reporter have been exaggerated.

Is Google passe? I am not so sure. But Twitter and Wolfram Alpha have put some blood into the water. Suddenly Yahoo and Microsoft are energized on search like never before. The wisdom was Yahoo has lost the game. Now Yahoo is yelling, not so fast. Google has been challenged, that's for sure.

This had to happen sooner or later. Search is such a vast terrain. It will stay the number one challenge online. Content creation is not about to slow down. How do you keep up with the exponential explosion in content creation? You got to come up with new ways of doing search. There has always been a ton of room for innovation in search. But now we are seeing new energy in the domain.

Wolfram Apha Is Cool
Google Falling Behind Twitter?
Eminem: The Relapse: Twitter
What Does Your Resume Look Like Today?
Google Is Working On Search
Job Hunting And 2.0
Is Reading Socializing?
Reimagining The Office
Stream 2.0: The Next Big Thing?
Microfinance, Nanotech, Biotech, Software/Hardware/Connectivity
Define Social Media
The Stream, The Lifestream, The Mindstream
The Human Is The Center Of Gravity In Computing