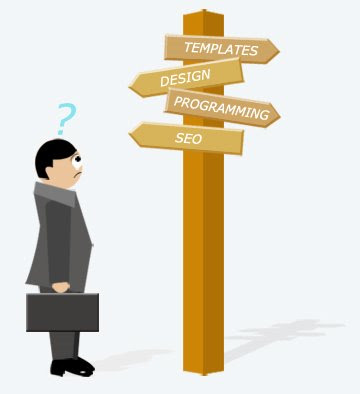 Jerry Yang and David Filo camped in some trailer park on Stanford property and started creating a directory of all the interesting websites they came across. Jerry is human, so is David. This was when there were only a few hundred, then a few thousand websites on the web.

Then the whole thing exploded. Enter Sergei Brin and Larry Page. Larry once scared an Advisor by saying he wanted to download the internet, not one webpage, or website, or some data across the internet, but the whole damn thing. Sergei and Larry said humans can't, let machines do the search thing. And they won big.

But Twitter has all the buzz now. And Twitter is not exactly a search engine. But then it does something that Google does not do, and that is real time search. Their little search engine - the little engine that could - is still a machine, but it only bothers to search these little itty bitty tweets that get created by humans. The internet is more huge, and more explosive than ever before. And I am curious as ever. But I have only 24 hours in a day. So I guess I will let my circle of contacts act as a filter. JP Rangaswami out there in London has used the firehose metaphor to describe the internet. You are thirsty, but the internet is a firehose. How do you drink? Well, you use Twitter.

Twitter is not out to replace Google. But what if the power users end up spending more time on Twitter than on Google? Then Google has a problem on its hand.

Search: Much Is Lacking
The Next Search Engine
Email, Search, News