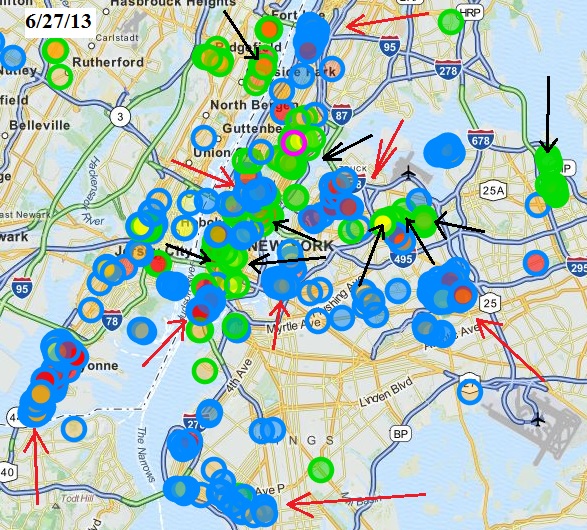 Just in the past few months we have seen the team momentum go from the blue team to the green team and now back to the blue team. It is only a matter of time before the pendulum swings again. The blue team was able to push it to 66% of the territory. And then they were pushed back to 40%. The green team took it to 60%. And now that the pendulum has swung, you have to ask, how far will the swing go this time? I have a feeling 66% is not an option. It is now going to be a 60-40 swing, or a 55-45 swing.

I firmly believe attack events can also be planned. Attacks do not have to be solo efforts. But the L8 farm is the ultimate group act in this game. Not even L7 farms come close.

In the next phase expect the blue team to shoot for simultaneous and consecutive farm events in their attempt to shoot past 60% of the territory. And the only way for the green team to stop that would be for them to organize numerous L8 farm events.

It can feel like a zero sum game. Portals flip. That is the game. You are not building anything permanent. You can increase the velocity of the game, but you can not change the fact that portals flip and farms get taken down, and team momentum switches sides almost like clockwork.