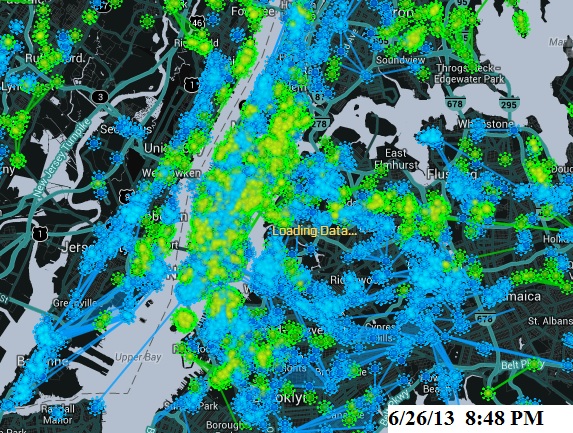 Looks like the blue team has regained momentum after a few massive attacks on the West Village. And the momentum has been gained through one strategy: doing nearly daily L8 farm events. But I have no doubt the pendulum will swing again. It always does. The only question is if the swing will be in the 60-40 zone or the 55-45 zone. One team owning 66% of the territory might never happen again.

The Upper East Side is solid green. The East Village and the West Village might take hits, but they always go back to being strong green.

Washington Heights has become a strong blue zone. KeyserJoze might have had a role to play.

Forest Hills is the bluest dot in the city. Too bad it is such a remote location that few people visit.