Ingress: Could The Squad Be Cross Faction?

on June 25, 2013
Last night agent BxBomber (green) put forth an interesting thought. How about having a cross faction Squad? I had not thought about it, but the idea makes tremendous sense.

A cross faction Squad would be a mark of good sportsmanship. I can think of few secrets in this game. This is a simple game. I am a blue agent. When I see a green L7 farm my first instinct is to hack. I get the same AP for capturing a L3 green portal as I would a L7 green portal, but L7 portals are harder to capture.

To me the most exciting aspect of this game is complex fielding. And so what I have been most excited about for the past few months now has been making portal submissions.

I am open to the idea. Let the brainstorming begin. 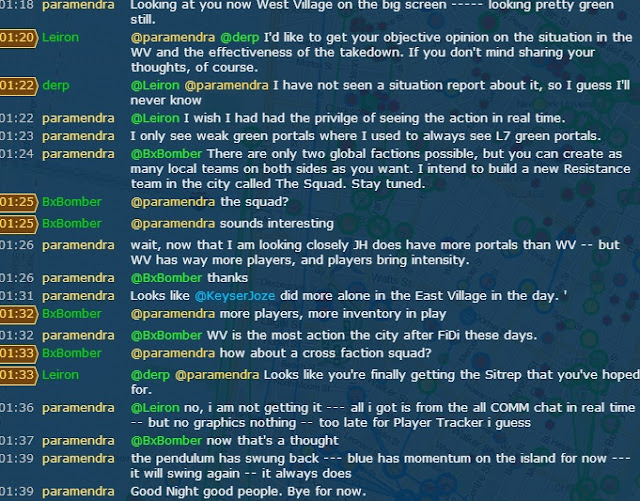