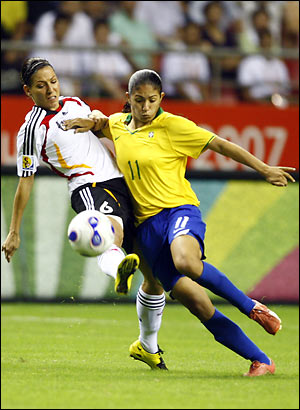 I grew up in Nepal being told Nepal was second only to Brazil when it came to hydropower potential. But what made news year after year was not yet another hydel power plant that was put up, but monsoon floods and landslides. Potential is one thing. Deed is another. Brazil has had the potential. And this past decade it seems to have put its house in basic order. But there is so much that remains to be done. A 6% growth rate is not 10%. Lifting tens of millions out of abject poverty still leaves tens of millions more to be lifted. Brazil could be but still is not a world power.

But what has happened in Brazil this past decade has lessons for countries across the Global South. Good governance matters. Leadership matters fundamentally. You need your own Lula. Got to get your financial house in order. There is no meaningful growth without direct interventions into poverty alleviation. Unless the poor rise, a country's rise is but a figment of the imagination. The masses have to rise. Progress is possible.

Brazil has a long way to go, but there is so much optimism in the country right now for what it has been able to achieve already, that it feels like they will keep on keeping on.

Lula sure has put Brazil on the map.

Is Brazil The Microsoft Of Soccer?
Brazil
Brazil: The Overconfidence Of A Soccer Superpower
Brazil And Argentina: My Choices And Those Of My Favorite Actor


Wall Street Journal: For Brazil, It's Finally Tomorrow: Brazil is already the biggest economy in Latin America and the 10th-biggest in the world. By 2050, it will likely move into fourth place, leapfrogging countries including Germany, Japan and the U.K. ..... now a nation with the heft, ambition and economic fundamentals to become a world power. ..... public sector is bloated and riddled with corruption. Crime is rampant. Its infrastructure is badly in need of repair and expansion. The business environment is restrictive ..... has almost as many people as Germany, France and the U.K. combined. Yet except when it came to soccer and music, many Brazilians themselves tended to believe the notion—apocryphally attributed to Charles de Gaulle—that "Brazil is not a serious country." Image via Wikipedia ..... in the 1990s. The government adopted strict monetary policies and a laser-like focus on balancing the books .... when the big downturn hit in 2008, private lending began to dry up. So the government, flush with cash reserves and the keys to an aggressive development bank, ordered state-run lenders to open the credit taps. ....... a functional blend of pro-business market rules and social-welfare programs. ...... Brazil in 2007 discovered mammoth new oil beds beneath the Atlantic ..... The economic turnaround has pulled millions out of poverty and is creating a thriving middle class. ..... Brazil's northeast, long the source of internal migration to more-prosperous cities down south, now outpaces the rest of the country in growth ..... da Silva's bear hugs and backslaps with leaders of regimes in Havana, Tehran and Caracas. ...... big economic, legal and social deficiencies ..... Government spending totals more than 20% of the country's gross domestic product, compared with about 15% in the U.S., 13% in China and 7% in Indonesia ..... "You can't increase spending, private consumption and invest all at the same time, because something will eventually give." ...... strict labor laws that date back to the 1940s and were originally modeled on the statist policies of Mussolini. ..... a massive underground economy ..... accounts for up to 40% of Brazil's gross domestic product, takes about half of all urban jobs and drags overall economic growth by as much as 1.5% annually. ....... 2007. The original plan foresaw infrastructure investments of some $342 billion ...... only 11% of the projects outlined in the plan have been completed ....... t police in Rio and São Paulo together killed more than 1,000 people annually in recent years, many of them in execution-style "extrajudicial" killings. ....... nearly 30,000 active investigations related to public corruption and fraud .... The deposed governor of Brasília, Brazil's capital, at the moment sits in jail awaiting trial over alleged kickbacks from public construction projects. ...... a popular welfare program that helps needy children by paying parents to keep them in school rather than send them out to help put food on the table. ...... the best colleges, which are public and free, get filled by wealthy students from private high schools, while poorer students, the products of public schools, get stuck paying for second-rate degrees at costly classrooms in strip malls and fly-by-night academies