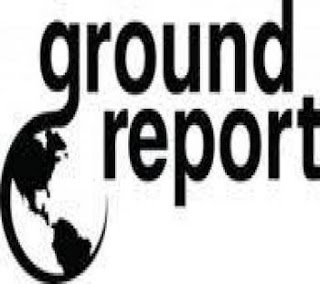 I thought I wrote up this blog post, and sent that out as a tweet to Rachel Sterne and Randi Zuckerberg and it went out into the ether and that was that.

Why Zuck? I follow her on Twitter, and when I typed "ra" she also showed up. So.

And today I see it has been talked about at GroundReport itself by its founder. That allows me to elaborate.

I have been exploring the idea of a for profit microfinance startup, high tech. There is just something about the for profit model.

GroundReport is different from The Huffington Post, from The Daily Beast, from Politico. What I suggested for GroundReport would not work for them. GroundReport is not just new media, not just journalism, it is also shameless activism and dogooderism. It does not go all the way to MoveOn action, but it heads in that direction.

I was thinking about the Haiti earthquake when working on that blog post. If only people knew there was a Haiti happening out there every day, they would respond. The people are good, but they need to know. And GroundReport is uniquely positioned in bringing that daily Haiti to the fortunate parts of the world. Those people who will be putting in that dollar would not be doing so to save journalism, but to save the world. There's a difference.

I also feel rather strongly that there is no need to apologize for seeking out for profit ways to do good, to make impact.

One of the people who commented said that in my model a lot of stories would go unwritten. I don't agree. I am not asking GroundReport to start from scratch. The page hits, ads, revenue share business model, all that stuff stays in place. The GroupOn stuff is a layer you add front and center to the site. So all those stories that are being written will continue to be written. Actually with the increase in buzz for GroundReport they will get written much more.

The sentiment that oh, but if GroundReport makes money, oh, that reminds me of Vinod Khosla complaining that environmentalists get in the way. Here's a guy who is the leading authority when it comes to clean tech, and purists get in the way. They get in the way in ways that will keep the status quo. That chatter is background chatter. It will not go away, but you can not be deterred by such chatter. There is still background radiation from the Big Bang.

You want to take a hard look at the for profit model. You want to present yourself as a tech proposition. It is a tech startup that happens to do journalism. Because you want to be able to raise money. So you can go full time with it.

I should probably read up on GroundReport more. But I wanted to run with the GroundReport idea before I got encumbered. You start with the idea and then the idea takes over. You iterate.

What are some of the directions this idea might go?

You could argue somebody somewhere is already saying it. There are newspapers in Haiti. They have websites. People blog all over the world by now. Is that bad news for GroundReport? I'd argue it is actually good news. All that makes it easier for GroundReport to emerge as a platform. People across the Global South - journalists, activists, bloggers - might start seeing GroundReport as that platform that allows them to make a living so they can devote more of their energies to the cause at hand. Democracy activists, women's rights activists might get empowered by the idea. So it is journalism, but it is activism. It is activism, but it is journalism.

What would make GroundReport stand out is it will be able to present happenings around the world in ways that will impact decision making at the highest levels? As high as the UN Security Council.

A lot of story ideas that might get funded might follow the buzz in news in general. There are times when Haiti is hot. There are times when Iran is hot. And what's wrong with that? People read up on Iran, and then want to know more, and they come to GroundReport asking for those specific stories to be written. GroundReport gets to cash on that one more time when it penetrates the big media houses with these new deeper stories.

Media, multi media. Social media. People who pay for the stories will likely also share them on their Facebook walls, will likely tweet them. That's when things take off.

GroundReport could use solid business and tech teams so it can do journalism right. So it can enable activism that is not just about rabble rousing in the streets but also about penetrating the corridors of power, and becoming part of conversations that decision makers have.

But then you cross that line, you become a tech startup, and then it is roller coaster.

The idea that ordinary Americans don't care can be proven wrong by this dollar model. This is also about taking the editorial power to the grassroots. 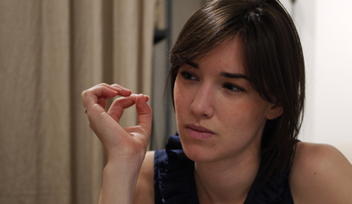