Larry Page Has Been Underrated

Not Google. Google has been rated just fine. But not Larry Page. When we think of Larry Page, we don't think of him in terms of Steve Jobs or Bill Gates. Steve Jobs is even more mysterious than Bill Gates. Jobs had the theatrics done right. There was plenty of essence to him, but he was the master of how the media plays itself out. Compared to that Larry Page is boring. He does not have much of a stage presence. But the guy is a tech genius. And Google is the bright star in the sky.

I have felt this a long time. I am on record at this blog saying Larry Page should have been the Google CEO the entire time. If it were not for Larry, Google might have missed the Android boat altogether.

Now there is an article that supports my long held feelings towards Larry Page. Heck, compared to Larry Page even Marissa Mayer has more media wattage.

I think Larry Page will be truly appreciated when the Google Car hits the road in droves, universal internet access becomes a reality, gigabit broadband becomes the norm across the US, and we are all not ageing so fast no more. Give the guy until 2020 to give us a trillion dollar company.


When Bill Gates was 40 he had just released Windows 95. When Steve Jobs was 40 he was still in exile at NeXT and Pixar. At age 40, Page is worth about $25 billion, and his days as Google CEO are just beginning. 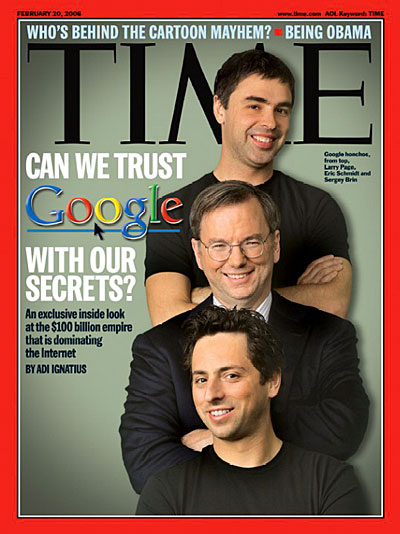