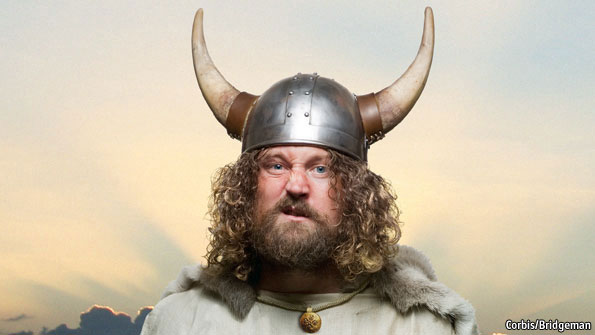 It seems like goodness follows once you finally manage to manage your fiscal house.

The Economist: The Nordic countries: The next supermodel


So long as public services work, they do not mind who provides them. Denmark and Norway allow private firms to run public hospitals. Sweden has a universal system of school vouchers, with private for-profit schools competing with public schools. Denmark also has vouchers—but ones that you can top up. ...... The performance of all schools and hospitals is measured. Governments are forced to operate in the harsh light of day: Sweden gives everyone access to official records. Politicians are vilified if they get off their bicycles and into official limousines. The home of Skype and Spotify is also a leader in e-government: you can pay your taxes with an SMS message. ...... they employ 30% of their workforce in the public sector ...... They are stout free-traders who resist the temptation to intervene even to protect iconic companies: Sweden let Saab go bankrupt and Volvo is now owned by China’s Geeley. ....... focus on the long term—most obviously through Norway’s $600 billion sovereign-wealth fund ..... look for ways to temper capitalism’s harsher effects ..... a system of “flexicurity” that makes it easier for employers to sack people but provides support and training for the unemployed, and Finland organises venture-capital networks. ...... Their levels of taxation still encourage entrepreneurs to move abroad: London is full of clever young Swedes. ..... When Angela Merkel worries that the European Union has 7% of the world’s population but half of its social spending ...... Norway is a particular focus of the Chinese. ..... The state is popular not because it is big but because it works. A Swede pays tax more willingly than a Californian because he gets decent schools and free health care. The Nordics have pushed far-reaching reforms past unions and business lobbies. .... inject market mechanisms into the welfare state to sharpen its performance. You can put entitlement programmes on sound foundations to avoid beggaring future generations ...... root out corruption and vested interests ..... abandon tired orthodoxies of the left and right and forage for good ideas across the political spectrum