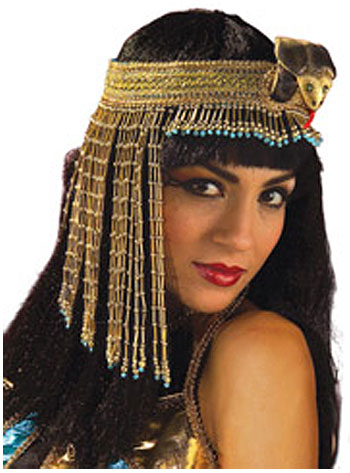 Girls In Tech: Is it really the end of men?: Everyday I sit in my office with “the boys,” a group of incredibly talented, hardworking male engineers .... I was shocked when one of them turned to me and said, “apparently I am outdated, inefficient and soon to be obsolete.” .... while men do in fact make up most of the presidents, prime ministers, CEOs of major corporations, and so forth, men also make up most of the prisoners, homeless people and casualties of war as well..... today’s human population is descended from twice as many women as men, which means it’s likely that throughout the history of the world 80% of women but only 40% of men reproduced ..... Those that were successful in differentiating themselves were aggressive risk takers ..... society associates women with being lovable; more empathetic, better consensus-seekers and lateral thinkers,bringing a superior moral sensibility to the cutthroat business world. Men are called risk takers, competitive, aggressive, shallow. ...... Given the choice between someone who tells me what to do and someone who asks my opinion, I would choose the latter. ..... modern, post-industrial society no longer favors the risk takers. ..... For both mental retardation and genius, as you go from mild to medium to extreme, the number of males versus females grows larger. ..... Want to think men are better than women? Then look at the top, the heroes, the inventors, the philanthropists, and so on. Want to think women are better than men? Then look at the bottom, the criminals, the junkies, the losers. ...... only 3 percent of Fortune 500 CEOs are women, but women also only make up 7% of the people who are killed on the job ...... women now hold 51.4 percent of managerial and professional jobs—up from 26.1 percent in 1980. .... I still want to see more women in technology, as Fortune 500 CEOs and holding political office.

Women have so far to go globally to achieve equality, let alone dominance, that this talk is amusing to me. I hope the thesis is right. Female leadership is not a bad idea. It will be good for men too.

Equality is a political concept, it is not biology, not genetics. A post-industrial, knowledge based society will be equal. I hope so. Women have always had brains. Now they have the opportunity to use it. That's all.

This small news of small, slow progress could end up being fodder to defensive men. Got to watch out.


The Atlantic: Hannah Rosin: The End of Men: Earlier this year, women became the majority of the workforce for the first time in U.S. history. Most managers are now women too. And for every two men who get a college degree this year, three women will do the same. For years, women’s progress has been cast as a struggle for equality. But what if equality isn’t the end point? What if modern, postindustrial society is simply better suited to women? ..... Men in ancient Greece tied off their left testicle in an effort to produce male heirs ...... “Did male dominance exist? Of course it existed. But it seems to be gone now. And the era of the firstborn son is totally gone.” ..... for the first time in human history, that is changing—and with shocking speed...... As thinking and communicating have come to eclipse physical strength and stamina as the keys to economic success ..... Postgenocide Rwanda elected to heal itself by becoming the first country with a majority of women in parliament. ..... what if the economics of the new era are better suited to women? ..... the wreckage of the Great Recession, in which three-quarters of the 8 million jobs lost were lost by men. The worst-hit industries were overwhelmingly male and deeply identified with macho: construction, manufacturing, high finance ..... . Of the 15 job categories projected to grow the most in the next decade in the U.S., all but two are occupied primarily by women ..... social intelligence, open communication, the ability to sit still and focus ..... Last year, Iceland elected Prime Minister Johanna Sigurdardottir, the world’s first openly lesbian head of state, who campaigned explicitly against the male elite she claimed had destroyed the nation’s banking system, and who vowed to end the “age of testosterone.” ...... in the long view, the modern economy is becoming a place where women hold the cards. ..... at the bachelors’ ball, the men, self-conscious about their diminished status, stand stiffly, their hands by their sides, as the women twirl away. ...... What are the four kinds of paternal authority? Moral, emotional, social, and physical. “But you ain’t none of those in that house. All you are is a paycheck, and now you ain’t even that. And if you try to exercise your authority, she’ll call 911. How does that make you feel? You’re supposed to be the authority, and she says, ‘Get out of the house, bitch.’ She’s calling you ‘bitch’!” ...... He writes on the board: $85,000. “This is her salary.” Then: $12,000. “This is your salary. Who’s the damn man? Who’s the man now?” A murmur rises. “That’s right. She’s the man.” ...... men seem “fixed in cultural aspic.” ..... About a third of America’s physicians are now women, as are 45 percent of associates in law firms—and both those percentages are rising fast. A white-collar economy values raw intellectual horsepower, which men and women have in equal amounts. ..... Prominent female CEOs, past and present, are so rare that they count as minor celebrities ..... the term mommy track is slowly morphing into the gender-neutral flex time ....... In lab studies that simulate negotiations, men and women are just about equally assertive and competitive ..... the relationship between testosterone and excessive risk, and wondering if groups of men, in some basic hormonal way, spur each other to make reckless decisions. ...... men and markets on the side of the irrational and overemotional, and women on the side of the cool and levelheaded. ....... sensitive leadership and social intelligence, including better reading of facial expressions and body language ....... Firms that had women in top positions performed better, and this was especially true if the firm pursued what the researchers called an “innovation intensive strategy,” in which, they argued, “creativity and collaboration may be especially important”—an apt description of the future economy. ....... Firms that had women in top positions performed better, and this was especially true if the firm pursued what the researchers called an “innovation intensive strategy,” in which, they argued, “creativity and collaboration may be especially important”—an apt description of the future economy ..... America’s colleges and professional schools, where a quiet revolution is under way ..... men are now more likely than women to hold only a high-school diploma ..... they are just failing to adapt.” ....... the “open secret” that private schools “are discriminating in admissions in order to maintain what they regard as an appropriate gender balance.” ...... “Maybe these boys are genetically like canaries in a coal mine, absorbing so many toxins and bad things in the environment that their DNA is shifting. Maybe they’re like those frogs—they’re more vulnerable or something, so they’ve gotten deformed.” ...... schools, like the economy, now value the self-control, focus, and verbal aptitude that seem to come more easily to young girls. ...... s how much power women have” when they’re not bound by marriage. .... “The family changes over the past four decades have been bad for men and bad for kids, but it’s not clear they are bad for women” ...... marriage has disappeared because women are setting the terms—and setting them too high for the men around them to reach ...... Japan is in a national panic over the rise of the “herbivores,” the cohort of young men who are rejecting the hard-drinking salaryman life of their fathers and are instead gardening, organizing dessert parties, acting cartoonishly feminine, and declining to have sex. The generational young-women counterparts are known in Japan as the “carnivores,” or sometimes the “hunters.” ...... This often-unemployed, romantically challenged loser can show up as a perpetual adolescent ..... Rates of violence committed by middle-aged women have skyrocketed since the 1980s