Not Yet The Era Of Grassroots Governance 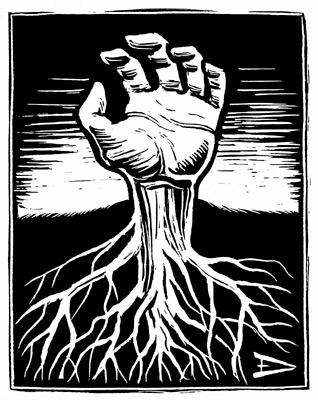 Dean 2004 - and I was part of it - was a little too early. But Obama 2008 finally had the grassroots lay a claim to the presidency. So the electioneering part is done. But we are not yet in the era of grassroots governance. 2009 did not feel like 2008. 2010 has not felt like 2008. It is because we are not there yet. Data.gov is a big step in the right direction, but we are not there yet. Not enough data has been released. And not enough data is being served in compelling ways for the grassroots to munch upon. A thing to do is to make it possible for the people at the grassroots to follow the debates and discussions and votes on Capitol Hill in meaningful ways. Who is saying what? What are their track records? What are the implications of what they are saying and how they intend to vote? What would be the Web 2.0 version of the Congressional Budget Office?


Vivek Wadhwa: TechCrunch: The Goldmine Of Opportunities In Gov 2.0: Federal CIO, Vivek Kundra, and CTO, Aneesh Chopra ..... Eighteen months ago, data.gov was born, with the release of 47 government data sets of information. Today, there are more than 250,000 data sets and hundreds of applications that use them. New data sets are being made available every week ..... The federal government is opening up health data, the

Image via Wikipediainformation it has on health care at the national, state, and county levels, by age, gender, race/ethnicity, and income; data on the quality, cost, and accessibility of public health (such as obesity rates and smoking rates); community-health indicators and rankings ...... social-networking applications that allow people to share best practices in health care, compare performance, and challenge each other. ...... provide parents with information about different possible institutions within which to educate their children. ..... What is happening with the opening up of government data is nothing less than a silent revolution.

Progressives win when the voters are thinking. They lose when the other side manages to get the people to stop thinking and instead get into these emotion cesspools where their comfort zone gets defined in terms of thoughts and ideologies that did not even belong in a previous era.

Grassroots governance is about sharing the kind of information at the grassroots level that used to be only the turf of lawmakers back in the days. It should be Image via Wikipedia like the entire country is participating in the debates and the votes. And there is respectful but full discussions at the grassroots. Not just hooting and hollering, but intelligent conversations that are information and idea rich. There are healthy debates.

And there is a feedback loop so that the president is listening to the grassroots as much as he is being able to send his message out to them.