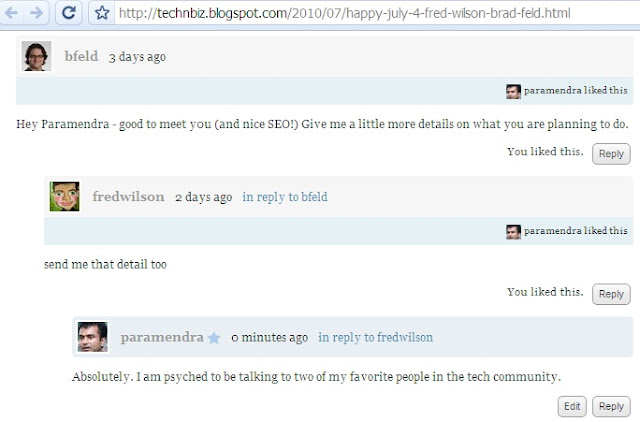 I am psyched to be talking to two of my favorite people in the tech community.

So let me tackle some of the questions after having introduced myself: To Iran, With Love (1). Over the past few days I have paced around a whole lot trying to grapple with as to the best way to present myself.
How Did I Do What I Did For Nepal?

I ended up giving a name to the method: nonviolent militancy. Not only are you strictly nonviolent, you are almost all digital. The battles take place on the screen for a big part. But the method is not the message. Unless you have a very high level of political consciousness, unless you have super political instincts, unless your political knowledge is robust, unless you are a disrupter in the best tradition of entrepreneurs, unless you have a firm commitment to the basic principles that underly any democracy movement, you can't do what I did for Nepal. My political credentials were outstanding, and so the technology behind the digital tools I ended up using came to be of service to me. The medium is not the message. On the other hand without the digital medium my work would not have been possible. The Internet allowed me the utter fearlessness that I exhibited at all junctures because it allowed me to be in the safety of New York City without many of the disadvantages of distance. On any given day, I had a pretty good idea of what was going on at the ground level in Nepal. I looked at Nepal from my distance the way an astrophysicist might look at planet Jupiter and do a very good job at it. The distance kept me safe, but it also gave me a certain objectivity, a certain detachment. That helped my work.

It was amazing to me over the course of my work spanning about two years eating into my savings that I was able to meet in person almost all the key political players in the drama in Nepal right here in New York City. I also discovered every little town in Nepal is represented by at least a few people in Queens. If that is true for the poorest country outside of Africa, that has to be true for every country on earth. That is why I have been saying for years everyone you need to spread democracy across the world lives right here in New York City. New York City truly is the capital city of the world. And if I networked hard enough in New York City, I realized I could get to know people who personally knew people in all the political parties in Nepal, in all the human rights NGOs active in Nepal, in all the media houses there.

And I worked the phone. I called people in Nepal, in India, elsewhere.

And I worked the email circuit. Every time I received a mass email from some Nepali wishing me a Happy New Year or greetings for one of Nepal's major festivals, I would go ahead and harvest all the emails. And thus I ended up with the largest Nepali mailing list in the world. Someone once said when Bill Clinton was Governor of Arkansas that if you knew 1500 people in Little Rock, you knew everyone who mattered in Arkansas. Well, those 1500 people for Nepal are all on my mailing list. There are about 8500 people on that list. Featured at the top is an email from the Prime Minister of Nepal, Madhav Nepal.

But the hub of all my work was my Nepal blog: Democracy For Nepal. And my primary data collection method was the wild wild web, the Internet. Anyone could have accessed all the information that I was able to access on a daily basis. I visited the websites of the newspapers out of Nepal. I had a Nepal section on my Google News page.

I was able to cash on the personal contacts I already had, and was able to build. But the Internet was my primary playground. Anyone could have accessed what I accessed, and I feel like anyone anywhere could apply the principles that I applied in Nepal, and intend to apply in Iran. Actually one big reason I want to get involved with Iran is so as to be able to prove what we did in Nepal can be done over and over again all over the world, everywhere where there is no democracy.

I will touch upon those principles later. Let me now get into what precisely I did for Nepal. I helped move the ball at all critical junctures of the peace process.

What I Did For Nepal

When the king of Nepal pulled his military coup in February 2005, the first thing I did was I surveyed the scene. I read all the news I could. I tracked down all my key contacts that had fled to Delhi in the aftermath, including the guy who is now president of Nepal.

Then I surveyed the political scene. Either the king was going to backtrack and go back to being a ceremonial monarch, or Nepal needed to end the monarchy, become a republic.

Towards a Democratic Republic of Nepal

Now Nepal is a republic, but at that point in time republic was a big word to utter. None of the big democratic parties were for a republic. The king had jailed all their leaders and the parties were still singing the tunes of a constitutional monarchy. There is a term for that: mental slavery, the emotional dependence of the enslaved upon those who enslave them. The king showed signs he wanted to rule in an active way for a few decades. If they can do it in Saudi Arabia, why can't we do it in Nepal, he asked. Well, Saudi Arabia's time too will come.

I recognized there were three poles in Nepal: the royalists, the democrats and the Maoists. The only way to defeat the royalists was to forge an alliance between the other two forces. But that was not going to be easy because the Maoists had been waging a war for 10 years to establish a one party communist republic. They had been physically attacking and killing cadres of the largest democratic parties. How do you do business with them? At that point they had managed to dismantle the barely existent state apparatus in about 80% of the country.

The roadmap I proposed was this. The Maoists were for a communist republic. The big democratic parties were for a ceremonial monarchy. They needed to find common ground, which was the idea of a democratic republic. I sent overtures to the number two Maoist, Baburam Bhattarai. He sent overtures back, but that got him into trouble. The number one Maoist had him arrested by his own bodyguards. Later I appealed for his release, and he was released.

Around this time a fellow Nepali activist based out of New York City sent out an email saying the army in Nepal had had her father disappeared. The danger was real. No wonder most Nepalis in the diaspora tried not to put their names to the cause. They preferred private to public, offline to online. I spoke up at my blog. Her father was released a few days later.

"Urgent: Disappearance Of My Father" by Sarahana Shrestha

Once there was convergence between the Maoists and the democrats behind the idea of a democratic republic, it was time to go all the way and try to forge a strong alliance against the monarchists. It took long months, but finally they all got together behind the idea of holding elections to a constituent assembly.

How To Move Towards A Common Minimum Program?
Seeking Common Ground
Seize The Moment: Match The Maoists
Possible Framework For A Maoist-Democrat Alliance
Major Fermentations In The NC And The UML
Alliance Of Steel
Indian Support For Democrat-Maoist Alliance A Must

Around this time a former Prime Minister Sher Bahadur Deuba got arrested. His wife sent me an email.

The Maoists were still at war. Now that some common ground had been found, it was time for the Maoists to lay down the weapon. I proposed something pretty out of the box: unilateral ceasefire. How would the king respond? Could he keep fighting? No, he could not.

Power Does Not Necessarily Flow Through The Barrel Of A Gun: Maoists
Prachanda, Order Your Cadres To Live
After Ganapathy, A Ceasefire
RNA, Declare Your Own Ceasefire, You Have No Choice
Prachanda, Do Not Break The Ceasefire
Irresponsible Response To Ceasefire
For The First Time In A Decade, Permanent Peace Feels Possible
The Maoist Ceasefire: The Devil In The Details
The RNA Could Be Disbanded
The Maoists Could Do More
Militarists Attempting A Doramba Repeat To End Ceasefire
The Army Rank And File Need To Be For The People And Democracy
Prachanda, Extend The Ceasefire By Three Months
Prachanda Audio Interview, A First
Why The Maoists Should Not Go Back To Violence

Around this time I also got impatient with Girija Koirala, the de facto leader in the democratic camp for being the oldest person, and threw my weight behind Madhav Nepal who went on to organize some of the largest one day rallies over the coming months.

Madhav Nepal, Commander Of The Movement
Janakpur Rally, Biggest In Nepal Since 1990

Once the Maoist-Democrat alliance was formed, it was time to go for a mass movement. Here Ukraine in 2004 was my inspiration. The Nepali leaders kept thinking  in terms of a rally here, a rally there, a shutdown here, a shutdown there. From the very beginning I was pushing for a Ukraine repeat, that we needed to come out into the streets and stay out there until the regime collapsed. That is what ended up happening only what happened in Nepal was much much bigger than what happened in Ukraine, and much bigger than anything I had imagined. But this was not a sure thing at all. The Maoists started thinking now the democrats had finally come around to their idea of a final armed struggle and an assault on the capital city. That suggestion I fought tooth and nail. Around this time I also hired a blogger in Kathmandu to video blog all street protests. That proved fundamental. At the time noone was doing that. Those videos got the Nepali diaspora excited. (Umesh, Turn It Into A Business, Mero Sansar Video Clips, Blogger Receives Death Threat, Bloggers Form Union) I also had to fight American tendencies to want to fight the Maoists to the military finish, to see them as the first opponent, we will deal with an autocratic king later attitude: Robert Kaplan Is An American Cowboy.

This is the gist of the developments leading up to the mass movement of April 2006 when eight of the country's 27 million people came out into the streets to shut the country down completely. Every step can be retraced at my Nepal blog. Here I have provided just a summary. Keeping my work transparent in real time was important to me even back then because I held a strong belief even back then that this work was relevant to many other countries. In April 2006 I came across a blog post by some anonymous member of the Zimbabwean diaspora that asked, why can't we have in Zimbabwe what they just had in Nepal? It was a good feeling for me to come across that sentiment.

In my next blog post I will tackle the other two questions.