on December 22, 2009
Google Public Policy Blog: The Meaning Of Open 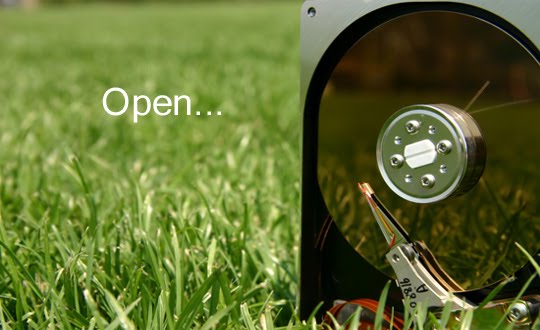 A company that has become big needs a new ethos. Google as a company will stick around for a long, long time, but it is not at all a given that Google will continue to be on the bleeding edge. Will Google Wave end up being the last bleeding edge product Google gave to the world?

The advantage Google has is that search is at the core of the internet experience, and there Google is the one with the secret sauce. And this is the Internet century.


The Meaning Of Open  Complacency is the hallmark of any closed system. If you don't have to work that hard to keep your customers, you won't.........understanding the fast-moving system better than anyone else and using that knowledge to generate better, more innovative products ........ a fast innovator and a thought leader ........ Open systems have the potential to spawn industries. ......... win based on the merits of their products and not just the brilliance of their business tactics ........... open systems allow innovation at all levels — from the operating system to the application layer — not just at the top. ........ good business, since an open Internet creates a steady stream of innovations that attracts users and usage and grows the entire industry. .......... Reward = (Total value added to the industry) * (Our share of industry value) ........... grow the web for everyone ......... When railroad tracks were first being laid across the U.S. in the early 19th century, there were seven different standards for track width. The network didn't flourish and expand west until the different railway companies agreed upon a standard width of 4' 8.5". ............ about 681 million hosts on the Internet. .......... In the early 1900s, the U.S. automobile industry instituted a cross-licensing agreement whereby patents were shared openly and freely amongst manufacturers. Prior to this agreement, the owners of the patent for the two-cycle gasoline engine had effectively bottled up the industry. ........... we are the largest open source contributor in the world ....... when traders in the Mediterranean region circa 3000 BC invented seals (called bullae) to ensure that their shipments reached their destinations tamper-free, they transformed commerce from local to long distance. ........ Trust is the most important currency online ........ Think that your product's value is so obvious that it doesn't need explaining? There's a good chance you're wrong. ............. the Google Dashboard ........ If they use our products and store content with us, it's their content, not ours. ........ we need to do whatever we can to make leaving Google as easy as possible ....... we make numerous platforms - video, maps, mobile, PCs, voice, enterprise - better, more competitive, and more innovative. We are often attacked for being too big, but sometimes being bigger allows us to take on the impossible. .......... Open up as much as you can as often as you can, and if anyone questions whether this is a good approach, explain to them why it's not just a good approach, but the best approach. .......... the chaos of open benefits everyone ........ The future of government is transparency. The future of commerce is information symmetry. The future of culture is freedom. The future of science and medicine is collaboration. The future of entertainment is participation. Each of these futures depends on an open Internet.

Staying open is Google's best bet to stay on the cutting edge for as long as possible. This is an important document to have come out.

The Official Google Blog: From The Height Of This Place


the worst economic situation of our lifetimes...... Eric Schmidt has called these times 'uncharted waters': none of us has been here before. ........ the Internet, which is the most powerful and comprehensive information system ever invented. ........ from the most remote villages on the planet, you can reach as much information as is held in thousands of libraries .......... the secular shift of information, communications, and commerce to the Internet ......... over 1.4 billion people, nearly a quarter of the world's population, use the Internet, with more than 200 million new people coming online every year. ......... More than three billion people have mobile phones ......... search will remain the killer application ....... Our ongoing challenge is to create the perfect search engine ....... to actually make search smarter, our index and infrastructure need to grow at a pace FASTER than the web. ........... "Democracy of information alone can supply the vitalizing force to stir the peoples of the world into triumphant action." .......... 120K blogs are created daily — most of them with an audience of one. Over half of them are created by people under the age of nineteen. In the US, nearly 40 percent of Internet users upload videos ........... about one of every six minutes that people spend online is spent in a social network of some type. ........... the vast majority of stuff we find on the web is useless. The clamor of junk threatens to drown out voices of quality. ........... news has largely shifted from thoughtful to spontaneous ...... the best of both worlds: thoughtful and spontaneous, long form and short, of the ages and in the moment. ....... With facts, negotiations can become less about who yells louder ......... The Internet allows for deeper and more informed participation and representation than has ever been possible. .......... Oil fueled the Industrial Revolution, but data will fuel the next generation of growth. ......... making decisions based on facts, not opinions ......... Data is the sword of the 21st century, those who wield it well, the Samurai. ........ devices will proliferate in many directions, but all of them will converge on the cloud. That's where our stuff, not to mention civilization's knowledge, will live. ............ abundant APIs, open source software, and low-cost, pay-as-you-go application services like our own App Engine and Amazon's EC2. The components are abundant and available to anyone who can get online. ............. Cloud computing levels that playing field so that the small business has access to the same systems that large businesses do. Given that small businesses generate most of the jobs in the economy, this is no small trend. ............ The real potential of cloud computing lies not in taking stuff that used to live on PCs and putting it online, but in doing things online that were previously simply impossible. ........... Translation will get a tiny bit smarter with each iteration.

News came out weeks and weeks ago that on Google Docs now you can insert mathematical formula. That is one of the first things I talked about when I launched this blog years ago. I am glad Google Docs is finally doing it.

I'd like to believe my fascination with the Google blogs is healthy. My startup's IC vision chimes in. I might be wanting to do the ISP and the hardware parts, but Google has already been doing the software part for the better part of a decade.

Marissa Mayer: An Omnivorous Google Is Coming   a tool built into the search engine which translated my search query into every language and then searched the entire world’s websites ...... the ‘omnivorous’ search engine –i.e. one which is able to take a user’s total context – where they are, what they were just reading, which direction their mobile phone is pointed and so on. .... An omniscient, omnivorous Google is coming and it knows what you want, even if you don't.
Why Net Neutrality Is Important  an Internet that encourages innovation and startups is one that supports net neutrality — and unless such neutrality is enforced, capitalism on the Internet is in serious jeopardy. .....Service providers need to accept the fact that net neutrality is the only way that capitalism on the Internet will survive.